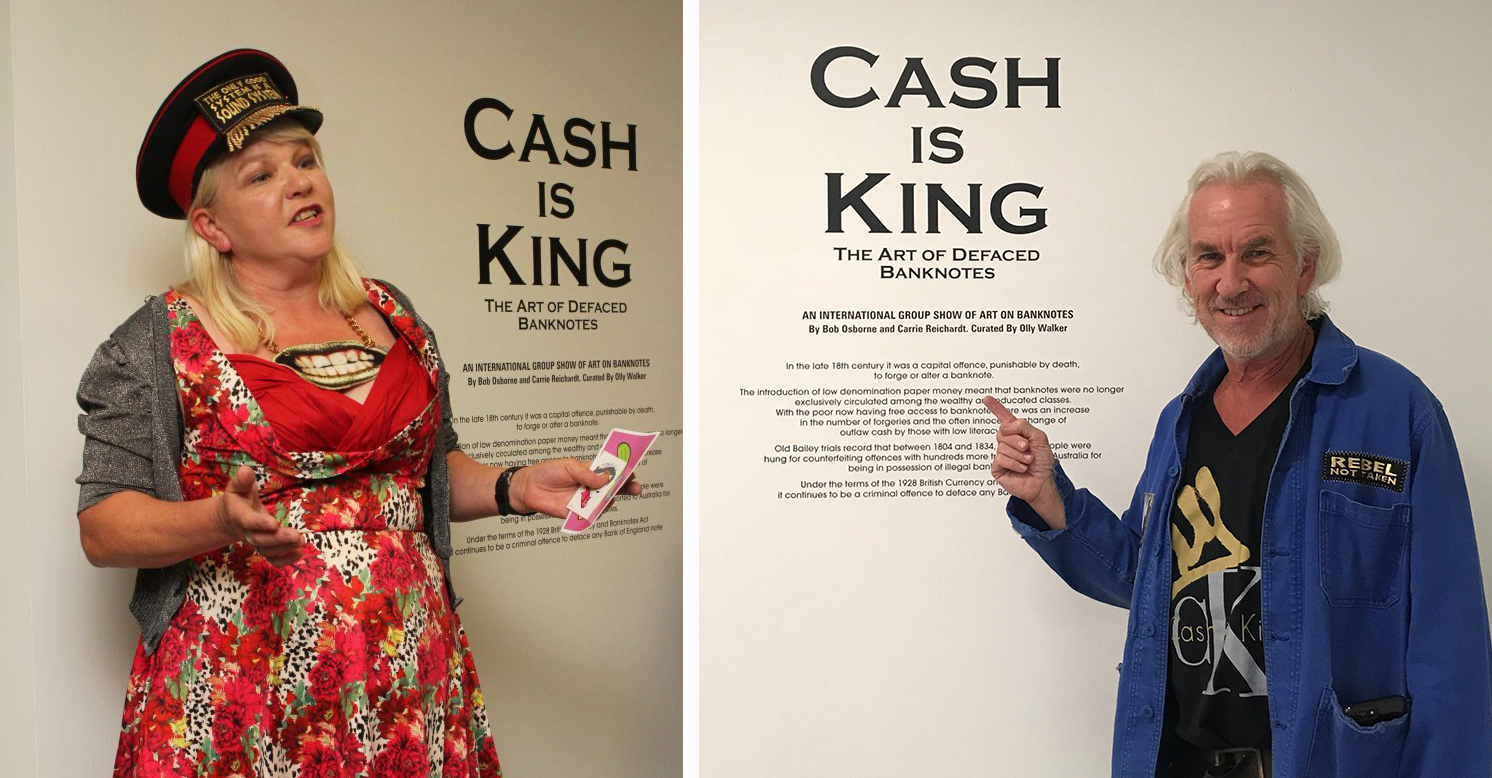 The Cash is King project invited artists from all over the world to collage, paint, cut, embellish onto bank notes to create a politically charged yet playful and inspiring international collaborative art project- Osborne and Reichardt being the leaders of the book and exhibition contents.

The sell-out exhibition of last year's Cash is King launch at The Saatchi Gallery led to a huge demand for a second! The limited edition of 1000 hardback Cash is King books, all signed and numbered by artists Bob Osborne and Carrie Reichardt, found its rightful place into the permanent collection of The British Museum and The Fitzwilliam Museum in Cambridge as well as being sought after by countless galleries and private collectors. So what started as a fun project for the power-art-duo has gathered pace and become a piece of Art History! 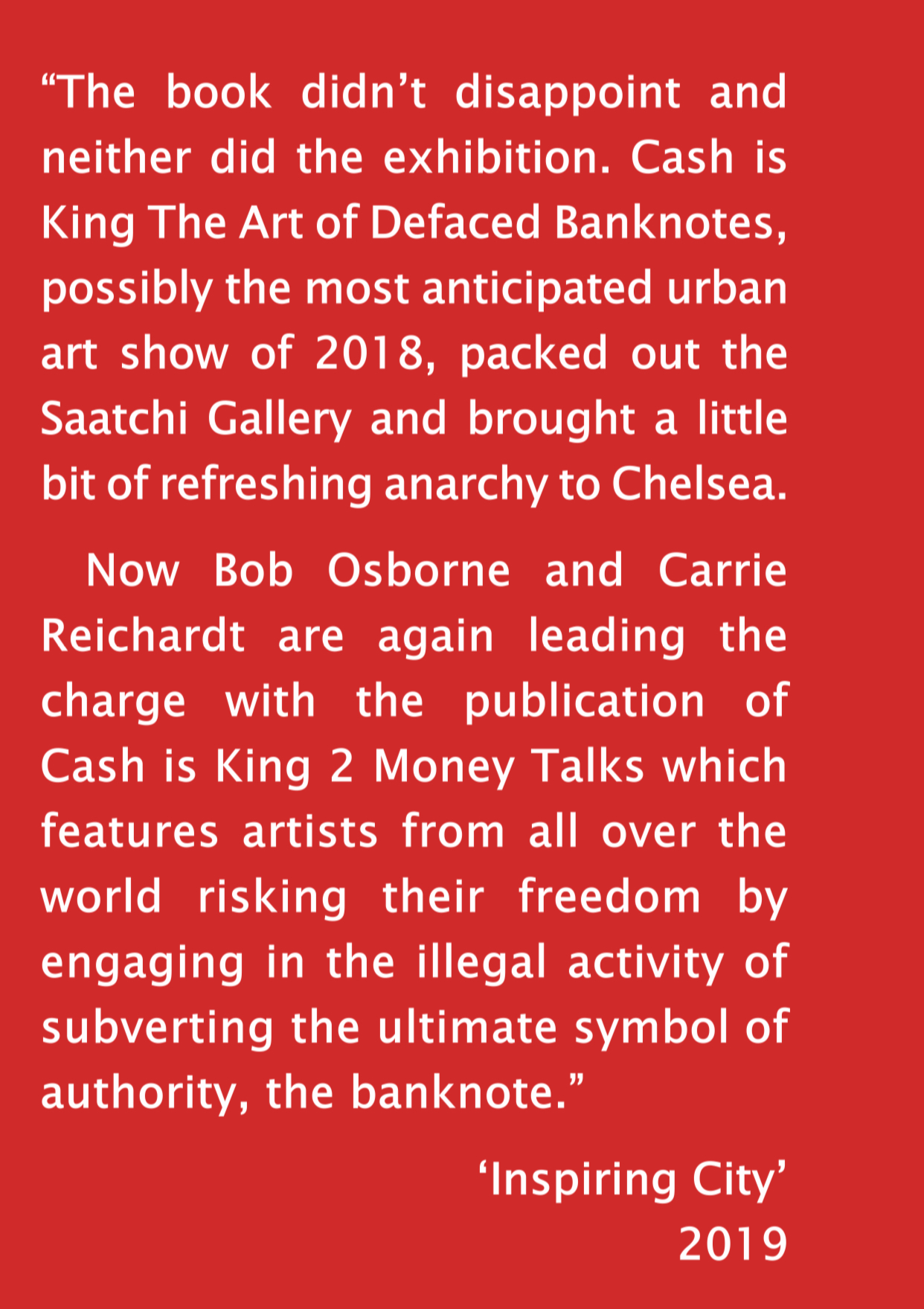 Cash is King 2 books can be ordered now for immediate delivery from www.rebelnottaken.com using Paypal or direct from Bob 07540 486537 at the discounted price of £15.

They will also be available from the Saatchi Gallery for £25 during the Cash is King exhibition of defaced banknotes which is launched at Saatchi Gallery in Chelsea on August 20!

There will also be a show of framed banknotes in the corridor of the Hogarth Club during July.