Squash has been a part of The Hogarth Group since the late 1960's. The Hogarth's squash court is used extensively by members and some staff (we have a couple of ex National and County ranked players in our midst!)

Squash is an intense game. It is both physically and mentally challenging. Most of all though, it's great fun. Courts at the Hogarth can be booked 7 days in advance and there is no charge. Every week from 6pm until 10pm on a Friday there is Squash Club Night. The courts are all booked out so that players can turn up and join in a social game of squash with the intention of meeting players of similar standards, followed up by the consumption of beer in the Bar afterwards perhaps?

Each year we run the Hogarth Squash Tournament held over 1 evening on a knockout basis. Members compete for the Hogarth Cup. For those members who wish to compete all year long, we have a Squash ladder. This allows members to challenge each other, thereby vying for the top position on the ladder.

The squash season begins in September. If you would like to participate in the next tournament please speak to reception.

Call The Hogarth today for further information or to arrange a personal tour: 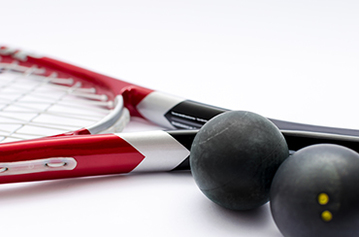 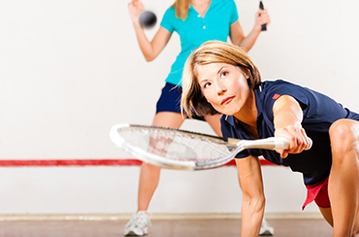 Turn up, play and meet other Squash players from 6pm to 10pm