What a lovely day. Actually, it was pretty amazing.

The return of The Hogarth Beach Volleyball Tournament for the second year in a row was a true reminder of the best of this club. A week after the passing of our founder Colin White, this day summed up what the Hogarth is all about and it was a great tribute to his legacy. We also raised near to £300 for REACT Charity - Rapid Effective Assistance for Children with potentially Terminal illness.

Under the glorious summer sunshine, people were brought together in the name of sport, fun and fundraising. We were raising money for the local charity React, which aids children with potentially terminal illness.

People were either competing on the court or watching, drinking and cheering on those who were. Some were even running around after some unruly children but enough about the gym team.

The pursuit of points was a sight to behold. 12 teams battled it out in the group stages. Players were diving around, scrambling and occasionally taking out their own team members. Your relationship has never been truly tested until your other half has smashed a ball into you from point blank range.

From the group stages we managed to whittle it down to 8 teams for the knockout competition. The line calls were now contested with extra heat as the trophy came into view.

The favourites from the group stage - Natalia, Davey and Jordan - were surprisingly beaten in the semis by the forces of Mike, Emily and Joe. They would progress to the final where they met Wayne, Arthur and Amelia who managed to edge out Adam, Virgine and Conso.

The contest proved a step too far for Mike’s team and the giant slayers had come a cropper at the last. Following an unsuccessful attempt last year, a spruced Wayne led his team to glory, Arthur was King and Amelia got to celebrate by working the late shift on reception.

The only thing left to do was clear away the court, which doesn’t sound like the start of an interesting story. However…

I’ve been involved in events at the club for over a decade but what came next was unbelievable. Normally staff would stay behind to get the six tonnes of sand of the court but somehow spontaneously everyone who had been there to the end, kids included, picked up a shovel, a wheelbarrow or a rake, saving us a good two hours of drinking time. The generosity of spirit, the laughing and the enjoyment is what The Hogarth is all about. 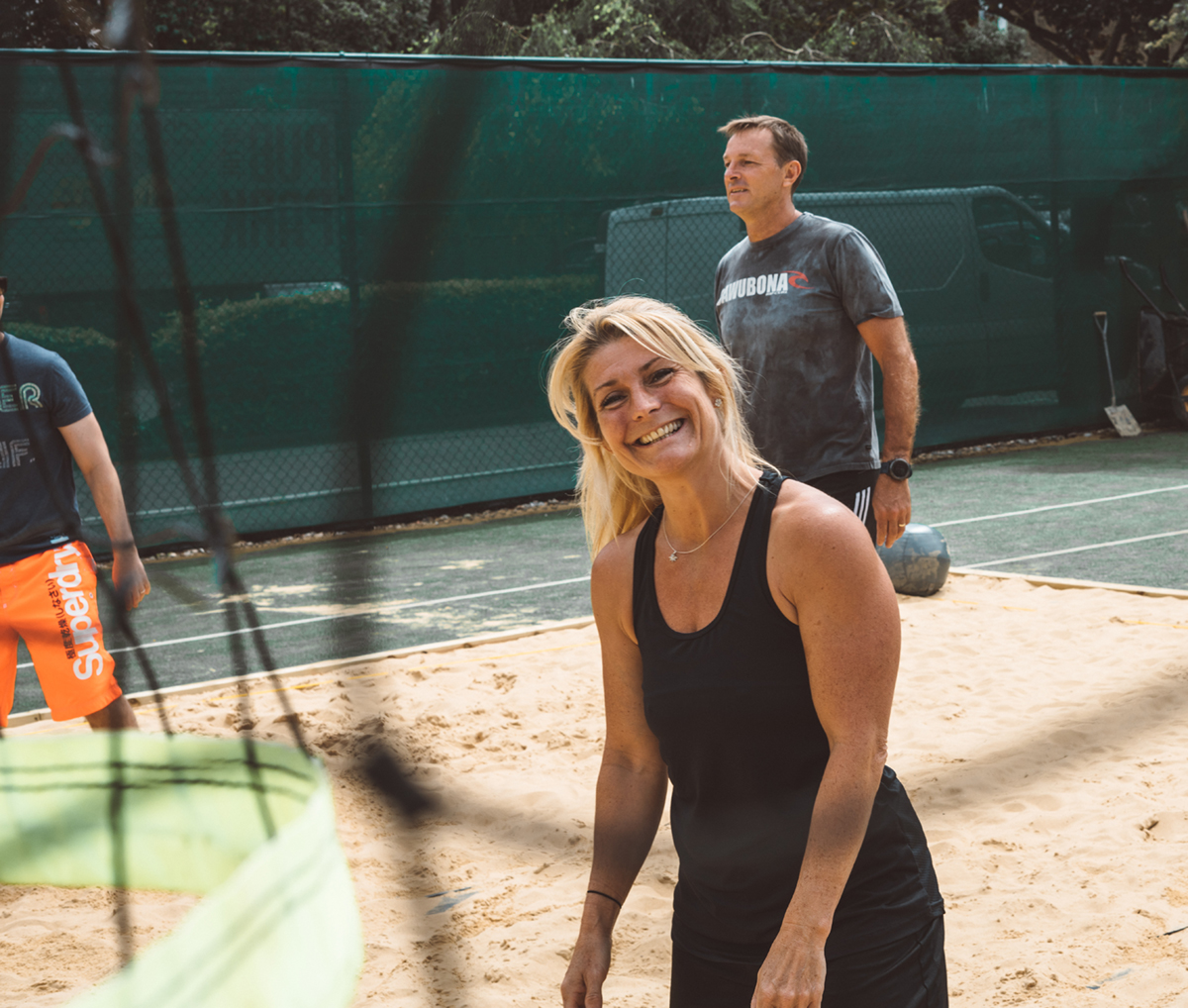