24 members entered, all vying for the coveted Hogarth Squash trophy.

Out of 8 1st round matches, 5 members went through by default because matches were not organised on time!

Then it started hotting up in the 2nd round.

Jonathan then suffered an injury. The final could not be won by default. Both opponents agreed to fix a date for the final later on so that injuries could be overcome. This dragged on a bit and a few work commitments got in the way but eventually we got there.

It was a barmy 26+ degrees on court, the ball was not going to die and this would be attrition central.

Both finalists insisted on hitting the ball as hard as they could during the warm up just to assert their authority so by the time the game started it was like playing with a red hot bouncy ball.

Jason won the toss and elected to serve. 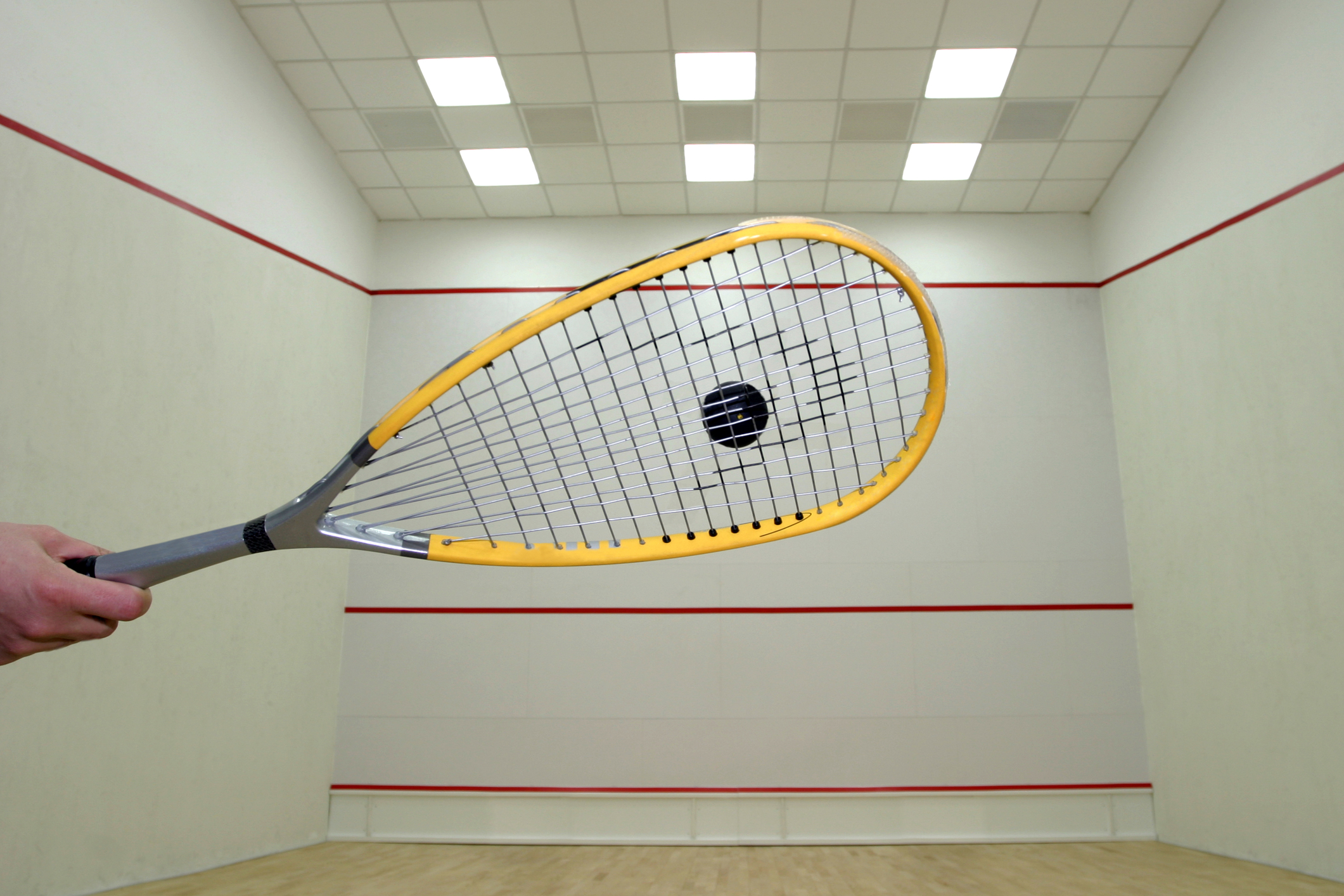 In the first 5 minutes both opponents were testing each other, probing the corners, looking for possible weaknesses. Service changed hands regularly until the score stood at 7 a piece.

Jason hit a couple of tight drives to go 10 points to 7 up. It was close as Jonathan clawed back but then Jason powered to a 12 points to 9 lead. A couple of points slipped then Jonathan got another point to save game ball and the score was 14 points to 10 to Jason. Could Jonathan hold on?

Jonathan, somehow, managed to serve out (maybe too excited?) giving the first game to Jason 15 points to 10. Neither opponent chose to leave the court and have a drink so the 2nd game started almost immediately (gluttons for punishment).

The second game started much as the first did. The ball was whizzing around like a snitch (yes, I know this is Hogarth not Hogwarts!).

Jason went 4 points to zero up then Jonathan rallied with 2 points. Jason turned up the pressure and went 8 points to 3 up and then pushed to 10 points to 3. Jonathan needed to find some extra gas as he was breathing heavily at this stage and doing most of the running by far.

Jonathan hit an extraordinary forehand nick in the front right hand corner, neither opponent could believe it. Where did that come from? Then he did exactly the same again. The score was 5 points to 10. Jonathan needed to keep this up if he were to stay in the game.

It was not be though. Jason upped the pace again and took the next 3 points to go 13 to 5 ahead. Jason drove the next return into the tin but turned it back around by taking the next 2 points and with it the game, 2 nil to Jason.

Both opponents were very sweaty and decided to take their ‘break’ and rehydrate. Clearly, Jonathan was doing all the work whilst Jason was in a commanding position and looking the more confident of the two. Would it be a quick 3 nil victory or did Jonathan have something up his sleeve?

The 3rd game started with Jason serving. He had the bit between his teeth and could almost taste victory. He immediately went 6 points to zero up with not a lot of resistance from Jonathan. Jonathan then got back into the game with 3 quick points on the trot. Would Jason relax and let him back in? It was a bit of a ding dong in the middle of the court with neither opponent wanting to have to move too far until Jason went 10 points to 4 up. This was it, the final straight for Jason.

Oh no it wasn’t. Jonathan hit some immaculate drives where the ball clung to the wall so tightly it forced Jason to hit some loose shots and make a couple of errors. The score was now pulled back to 9 points to 10 to Jason. This looked like second wind for Jonathan and that Jason had indeed let him back in. Could Jonathan get the 3rd game and slow the pace down a little?

Jason had other ideas. Some pretty long rallies followed and once again Jonathan was breathing hard. After a few minutes the score had only moved to 12 points to 10 to Jason. Jonathan managed to claw another point back, 11 to 12. This was going to be close.

Or would it? The speed at which Jason was moving freely around the court and putting Jonathan under pressure had taken its toll. Jason moved up another gear and pressed home his advantage and quickly took the third game 15 points to 11 and with it the match. This was the 2nd year in a row that Jason has won the tournament. 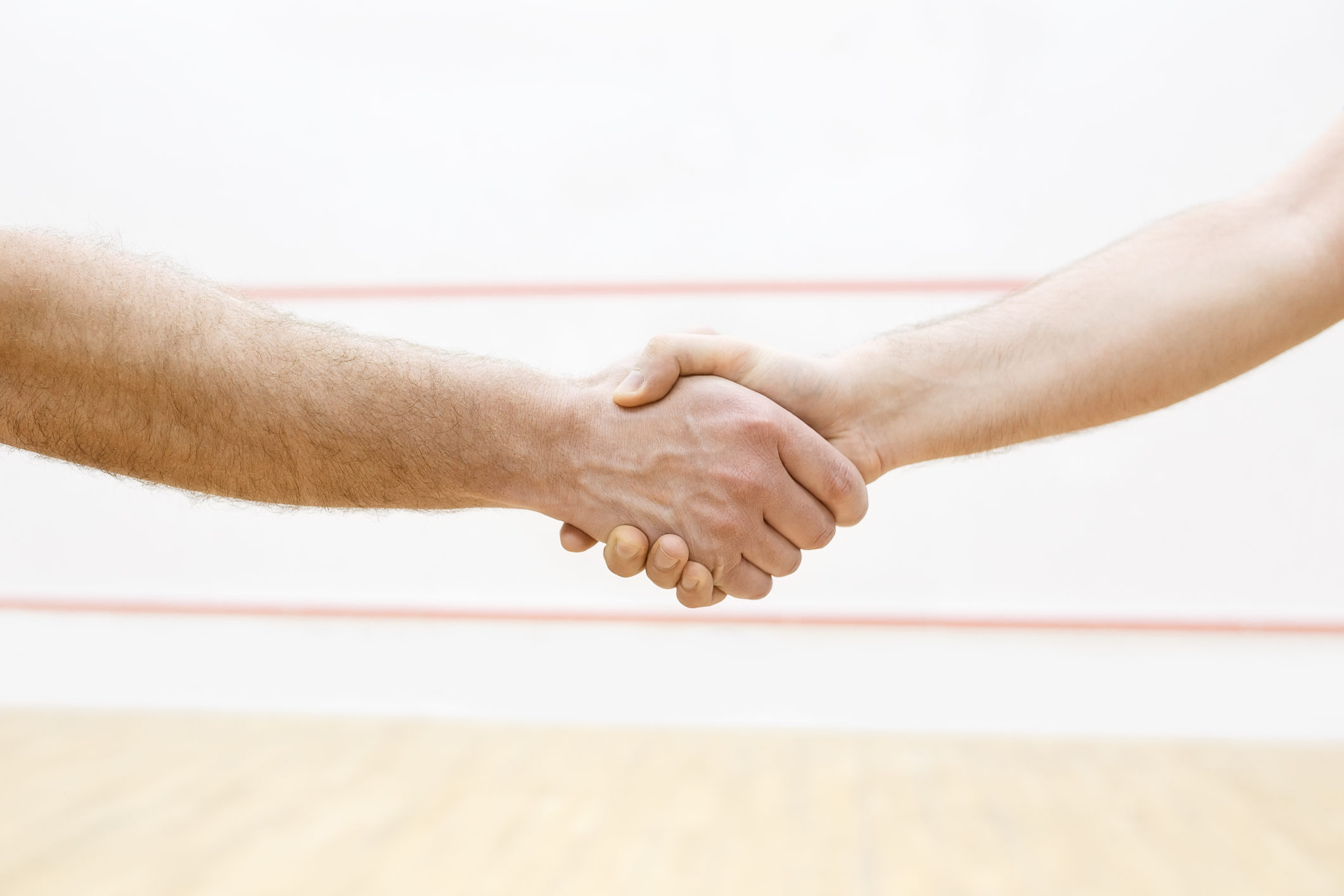 Well played Jason and Jonathan, great final, very entertaining. Thank you and well played to everyone else who participated. It’s now only 9 weeks until the 2019 to 2020 tournament starts – time to get in the gym! No injuries this time!? (not that I can talk with a ruptured medial knee ligament!)